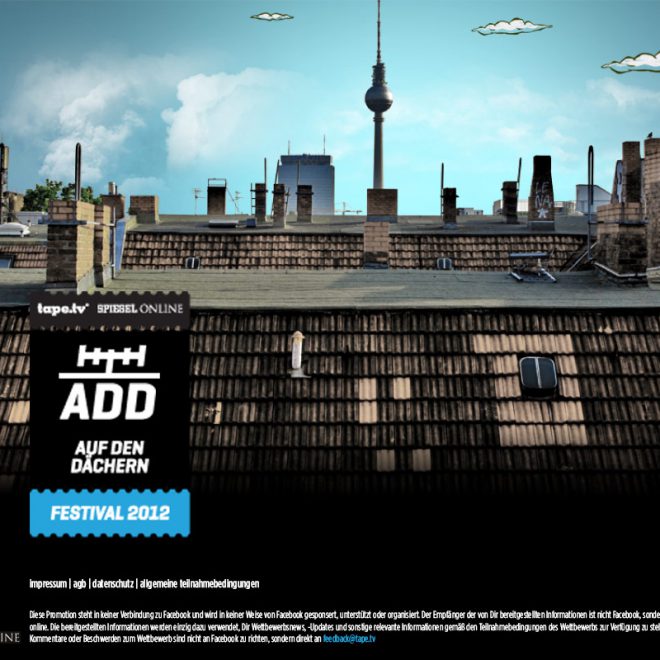 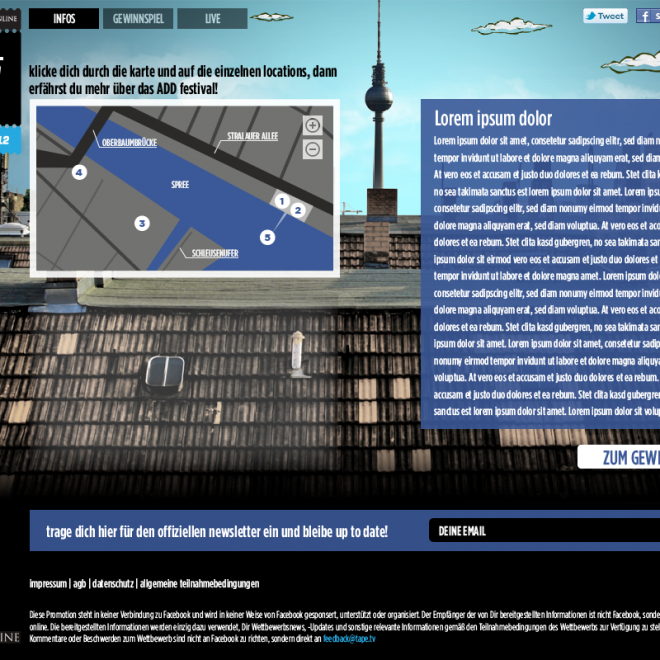 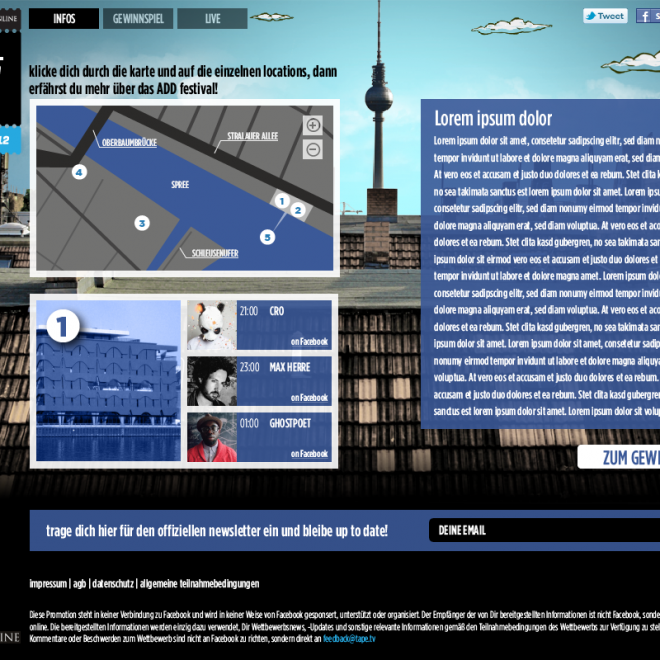 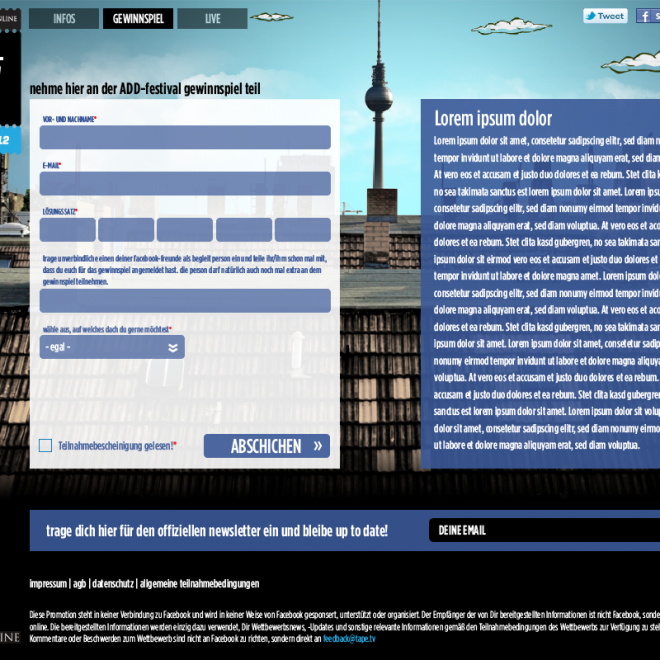 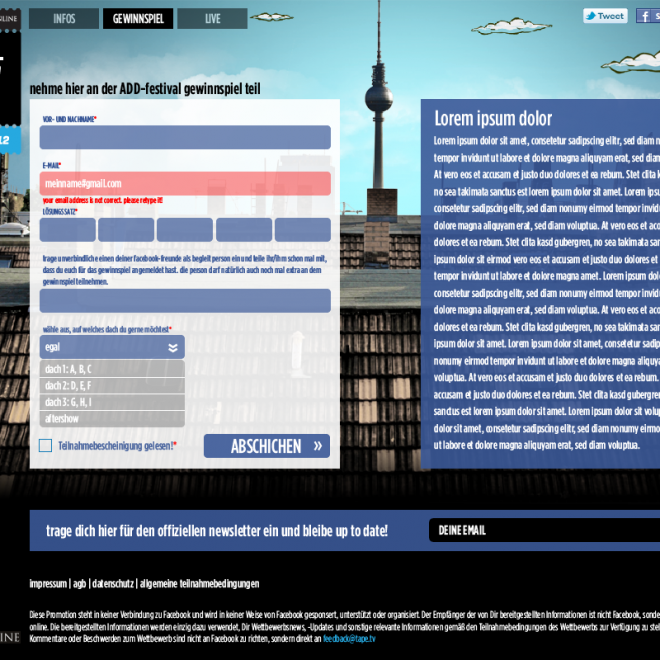 tape.tv started in 2008 as editorial music television and became soon one of the greatest German startups based in Berlin.
On the 9th September 2012, SPIEGEL ONLINE and tape.tv hosted a spectacular event: the Auf den Dächern (On the rooftop) Festival. High above the capital, top acts and newcomers play live on three rooftops located in the alternative districts of Kreuzberg and Friedrichshain.
The event page contains information about locations and artists, a contest to win free entrance to the events and a live streaming of the event itself.